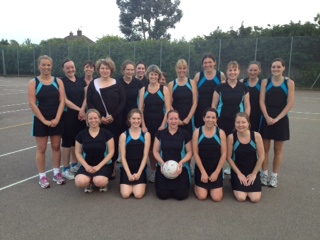 Hethersett Netball Club was founded in 1998 with a view to keeping fit and having fun.The club joined the Norwich Netball League a while later and started playing competitively as Hethersett Hurricanes. By 2007 Hurricanes had advanced from Division 5 to Division 4 and we had enough members to split into two teams - Hurricanes and Tornadoes.

Tornadoes joined the league at Division 6 and now both teams currently sit in Division 4 and play competitively against each other.

Our match games are played weekly in the summer league (April to July) and fortnightly in the winter league (September to March) both in the indoor league and outdoor friendly league at the UEA Sportspark.

We tend to hold our training sessions in the winter when we are not playing every week and often organise friendlies with other local teams. We have a committee with two qualified umpires and 27 members.