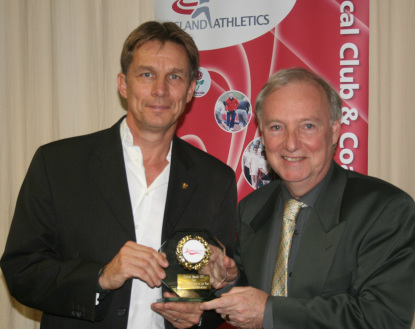 A number of clubs, groups and individuals involved with Hethersett and the Meltons Sports Association have won awards over the past few years. Below are just a few of them.

In March 2013 Hethersett became the first village or town in the United Kingdom to receive a national Prime Minister's Big Society Award in recognition of outstanding contribution to the Olympic Legacy and our work within the fields of sport, fitness and well being.

In November 2012, Hethersett was named Eastern Daily Press Pride in Norfolk Community of the Year for villages and towns with populations of over 5,000. Hethersett previously won the competition in 2006 and was runner-up in 2008. The judges praised the village for its can do attitude with many groups working together to enhance life for residents.

As a result of the village involvement in the Olympics, Hethersett was awarded a London Olympics Inspire Mark in 2010.

Hethersett's Open Weekend was a runner-up in the Eastern Daily Press' event of the year in 2010.

Hethersett Social Running Group was named Run England's Eastern Region group of the year for 2012. The running club was set-up through a partnership between Active Norfolk and the sports association. Pictured at the top of the page is association chairman Peter Steward and athletics coach Paul Evans from Active Norfolk with the award which they received at Chelmsford Football Club on December 3rd, 2012.

Shane Hull who is a member of Hethersett Parish Council, treasurer of Hethersett and the Meltons Sports Association and chair of Hethersett Olympic Legacy Committee was one of just 8,000 people nationally chosen to run with the Official 2012 London Olympic torch.

Duncan Pigg who was a member of the Hethersett Olympic Committee was awarded a British Empire Medal (BEM) in the Queen's New Year's Honours list 2013 in recognition of his outstanding work for the village over more than 60 years.